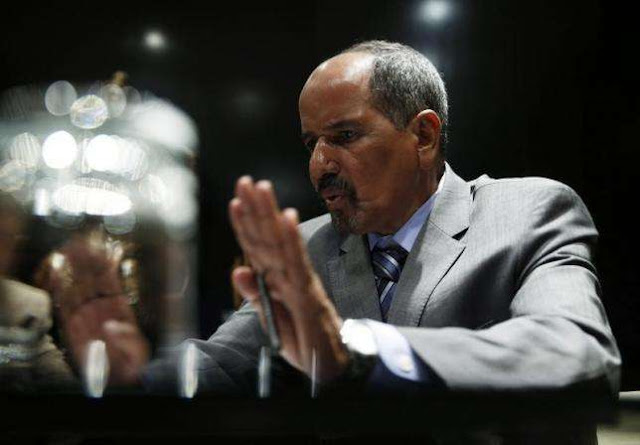 The leader of Western Sahara's Polisario Front separatist movement on Thursday wrote to United Nations Secretary-General Ban Ki-moon urging him and the Security Council to pressure Morocco to stop interfering with U.N. peacekeepers.


Last month, Ban used the word "occupation" to describe Morocco's annexation of Western Sahara in 1975, when Rabat took it over from colonial power Spain. Infuriated by what it saw as a shift away from a neutral position, Morocco expelled dozens of U.N. staff working for the mission there known as MINURSO.

"We warn that the absence of real and direct pressure on the occupation state of Morocco ... will be considered a green light to a military aggression by the Kingdom of Morocco against the Sahrawi people," Polisario President Mohamed Abdelaziz wrote to Ban in a letter seen by Reuters.

Morocco has said its decisions were irreversible but it was still committed to peace.

Abdelaziz said the 15-nation Security Council should pressure Morocco to enable "the return of MINURSO to resume its work and mandate regarding organizing a referendum on self determination to the Sahrawi people."

If that does not happen, Abdelaziz wrote, the Sahrawi people "will find itself, again, obliged to defend its rights by all legitimate means, including armed struggle."

The letter was sent as Ban's office prepares its annual report for the Security Council on Western Sahara before a council vote this month to renew MINURSO's mandate. The report, which was due last week, has been delayed because of the dispute over Ban's remarks in March, council diplomats said.

Polisario says Morocco is putting the ceasefire at risk by expelling MINURSO staff and trying to scuttle the plan for a referendum on independence. Morocco has offered an autonomy plan as the only way forward.
Several diplomatic sources familiar with the issue said that Morocco wants the council to change the mandate of MINURSO so that it will no longer include the goal of organizing a referendum.

The majority of council members are opposed, the sources said, though they added that Morocco has some diplomatic support from veto power France, Rabat's traditional ally, and African council member Senegal.

The controversy over Ban's comment during a visit to refugee camps for Sahrawi people is Morocco's worst dispute with the United Nations since 1991, when the U.N. brokered a ceasefire to end a war over Western Sahara and established MINURSO.