Nigerian Forward: I Almost Quit My Club After Being Called ‘Black Idiot’ 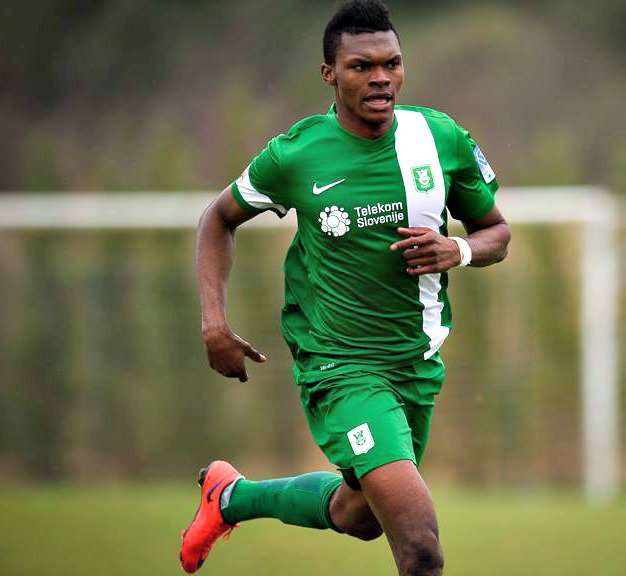 Olimpija Ljubljana’s Nigerian forward Blessing Eleke has revealed his intention to quit the club after his coach Marko Nikolic called him a ‘black idiot’ in their 1-1 draw against Zavrc on Sunday.


The 20-year-old was heavily rebuked for celebrating too long after leveling for the Slovenian league leaders at home to Zavrc.

He has siad that he no longer bears grudges against the Serbian as he is looking forward to winning the title at the club and scoring his third goal for the club against Domzale on Saturday.

Eleke who cost Olimpija Ljubljana €750,000 from Nova Gorica in January said his religious background was a major influence in talking the club president Milan Mandaric out of sacking Nikolic.

“I considered so many things after the incident and I wanted to leave the club. But then there were rumours that the coach was on the verge of being sacked, but I don’t believe in an eye for an eye.”

“Sometimes it’s better to just be calm and focused because when everybody is in support of you have to be cool too.
“I didn’t want to be involved his exit at the club so I played my part and we all are fine now.

“I have a goal to achieve and I won’t allow what happened deter my ambition as I’m a professional employed to score goals.
“Winning the league is my priority and that’s why I joined the club.”

Eleke has scored twice in seven games for Olimpija, 14 goals in the league this season.