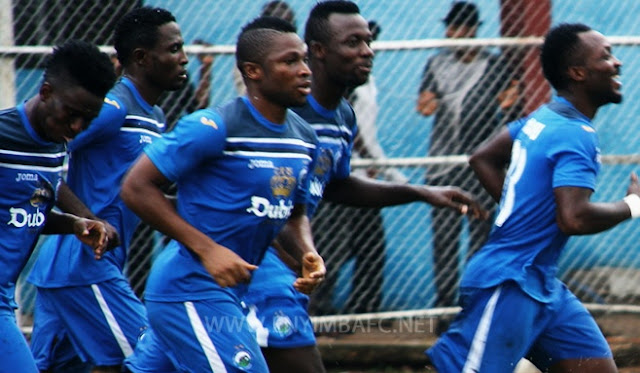 Nigeria club Enyimba are devising a game plan against conceding corners and free kicks around their goal area when they face Etoile Du Sahel of Tunisia.


Enyimba beat Etoile 3-0 in a CAF Champions League second round, first leg match in Nigeria, but the top Tunisian club aim to overturn that loss to qualify for the money-spinning group phase of the competition.

“Enyimba will ensure they do not concede too many corners and free kicks around their box because Etoile are very deadly on set pieces with their giant defenders as well as top striker Ahmed Akaichi great at finishing off any team this way,” a top source informed AfricanFootball.com

“Even when Enyimba beat them 3-0 in Port Harcourt, they came very close to scoring through those set pieces and in one instance, goalkeeper Theophilus Afelokhai had to make a big save to deny them.”

Enyimba have also trained for this crunch clash with the first team playing a man short should they have a player sent off during the match in Sousse.

They will be without suspended star midfielder Joseph Osadiaye, while they are sweating on the fitness of another midfielder, Ikechukwu Ibenegbu ‘Mosquito’, who has only recovered from food poisoning this week.

The seven-time Nigeria champions will have a first feel of the match venue tonight after they arrived Tunisia on Monday.

Wednesday’s match in Tunisia will be handled by Moroccan officials.

Kick-off is 6pm Nigerian time at the already sold-out Olympic Stadium in Sousse.