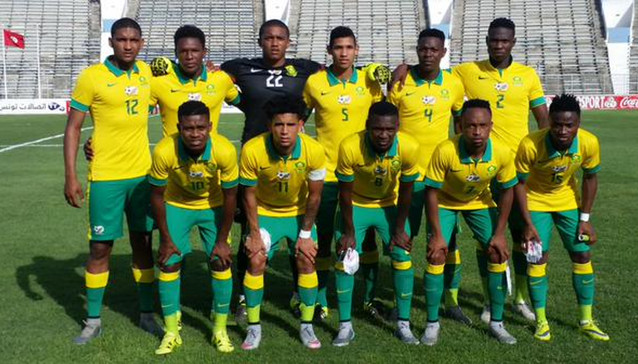 South Africa's under-23 national men's team were drawn alongside host, Brazil, for the upcoming 2016 Olympic Games in Rio de Janeiro.


The official draw for the Olympic Football Tournament was held at the iconic Maracana Stadium on Thursday.

Owen da Gama's troops were drawn in Group A alongside hosts Brazil, Denmark and Iraq with the Seleção vying for their first Olympic gold. The South Americans have yet to win gold in 12 Olympic appearances.

Banyana Banyana (54) have been drawn in Group E alongside hosts Brazil (8), Sweden (6) and China (12) - current FIFA world rankings in brackets.

South Africa will be eyeing revenge over Sweden having lost 4-1 to the Europeans at the 2012 Olympic Games in London.