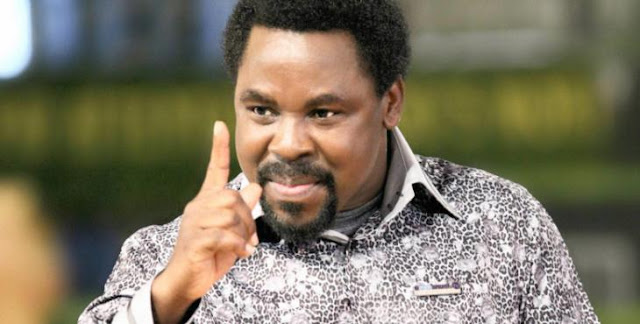 Six hundred (600) foreign visitors cancelled their impending trips into the country following the prophecy by Nigerian Prophet, Temitope Balogun Joshua of an impending terrorist attack on the country.


The foreigners, Kwesi Pratt Jnr speaking on Adom FM’s Morning Show, ‘Dwaso Nsem’ said, included a delegation from the International Monetary Fund (IMF) which was coming into the country to assess the state of Ghana’s economy and how we are faring under the IMF programme.

The controversial Nigerian Prophet during a live sermon on Sunday, April 10 aired on the Emmanuel TV channel prophesied that Anglophone West African countries, Ghana and Nigeria were the targets of terrorist attacks.

“I am seeing Thursday, Friday, Saturday – if I may say Thursday – because these evil people they are very funny. Anything can just happen.

"You will be very shocked to see what will happen because when the prayer is going in this direction they [attackers] change to [another] direction.
“I see Thursday, Friday. Pray for these two nations – Nigeria and Ghana – over gathering in any way; over an attack. I am seeing the attack and that will be in a foreign way. The attack will come not in a local way.

"So please open your lips and pray for these two nations for protection,” he said.
The prophecy, which caused fear and panic in the country, was "useless" and "vague" Kwesi Pratt Jnr said last week on the same show.

“It is useless, it doesn’t help us in any way, in fact, the only thing these things do is that it causes unnecessary panic. Why, doesn't God reveal good things or our people only see negative things?” he queried.

Kwesi Pratt further claimed that he was aware that the foreign visitors cancelled their impending trips into the country as a result of the terror prophecy.

To this end, he called on Ghanaians including Joseph Bediako of the National Democratic Congress (NDP) who is claiming certain persons are plotting to assassinate former first lady and NDP founder, Nana Konadu Agyemang Rawlings and NPP flagbearer, Nana Addo Dankwa Akufo-Addo to be careful what they put in the public domain as they create unnecessary fear and panic which costs the nation dearly.

“We should just take our time and stop saying things just like that, it causes fear and that costs the country,” he said.