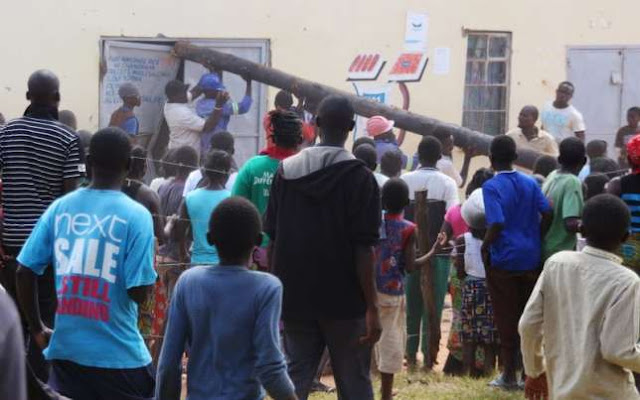 Hundreds of people hurled stones at police and looted dozens of foreign-owned shops in different townships in Lusaka on Tuesday, police said, the second day of violence prompted by rumours of immigrants carrying out ritual murders.

At least six people have been murdered in the capital in the past four weeks and police said some body parts including ears, hearts and genitals had been removed.

This has raised suspicion of ritual killings by immigrants, even though police have suggested neither. Rumours circulating on social media allege body parts would be used as charms to ensure success in business.

Zambia hosts thousands of refugees from neighbouring countries, especially Rwanda and Burundi, but relations between the communities are usually peaceful.
A Reuters witness saw the rioters breaking into and loot a shop belonging to a Rwandan trader in a crowded township east of Lusaka.

Police spokeswoman Charity Munganga-Chanda said 62 shops had been looted and 256 suspects detained for looting and rioting.
Davis Mwila, the home affairs minister, said several foreigners had sought refuge in police stations for fear of being attacked.

Speaking after touring some of the affected areas, Mwila said 11 people had been detained on suspicion of being involved in ritual killings.

The United Nations refugee agency condemned the attacks on foreigners, including refugees who have sought asylum in Zambia.