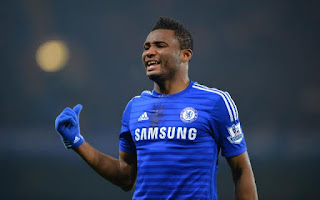 
Mikel who is out of contract at Chelsea at the end of this season is rumoured to be heading to the former European champions when the transfer window reopens in January.

The midfielder has not featured for the Blues this season and seems not to be in the plans of coach Antonio Conte.

According to a report in the Evening Standard, Mikel has been quizzing Chelsea legend Drogba about the French club.

The former Lyn Oslo of Norway star is said to respect the former Ivory Coast captain opinion and is ready to make the switch.

Drogba joined Chelsea from Marseille in 2004, while Mikel joined in 2006.