5 ways to control your computer from a smartphone 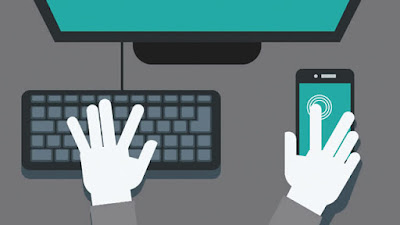 There are plenty of reasons to have a remote control for your computer. Maybe you need a way to access your files from outside your home, or you use a “headless” system without a monitor, or you want an easy way to control a home theatre personal computer without a mouse and keyboard cluttering up your coffee table.

There are two general ways to achieve remote control. You can use a full remote desktop client, which will transmit images from your monitor (and sometimes even speaker sound) to your phone or tablet. This option is generally more powerful, but it’s also a bit more complicated and is preferred by more advanced users.

A standard “mouse and keyboard” app doesn’t transmit video or sound, and works more or less like a TV remote control for your computer. For all of them, you’ll need an active connection on the local network (preferably Wi-Fi, but you can connect your computer to the router via Ethernet). Most remote desktop clients offer control over the Internet as well.

Here are five of the best options on Android, iOS and Windows Phone:

If you’re a regular user of Google’s Chrome browser on your desktop, this is probably the best bet for remote controlling your PC. Once you install this Chrome extension on your computer (Windows or OS X), you’ll have easy access to it from the corresponding official app on Android or the iPhone.

Despite “Chrome” in the name, the app can in fact access anything from your computer as if you were sitting in front of it — file browsers, administrator tools, whatever you want. Google’s interface makes it easy to connect to your computers, even on mobile networks. Installing the extension into your desktop’s Chrome browser also lets you access it from other laptop or desktop operating systems.

Long-time Windows users will be familiar with Microsoft’s first-party remote desktop solution. While it will only connect to Windows machines (and even then, only “Professional” versions of Windows or better), it’s available on Android, iOS and (naturally) Windows Phone. Microsoft updates this app on a pretty regular basis; Android users can even give the beta app a spin for newer fixes and features.

The VNC protocol has long been a favourite remote access solution for engineers and power users, long before the rise of smartphones, in fact. The original design is open source, so there are a variety of clients on both desktops and smartphones, some paid, some free. Most of them should work with each other, though the various versions and branches can create compatibility issues. For free users TightVNC on the desktop is a common Windows favourite, and there is a cross-platform Java version available. OS X actually includes a VNC-compatible remote desktop feature built in.

The TightVNC developers have an official and free Android remote access client, Remote Ripple. On iOS, Mocha VNC Lite is a free option, with paid apps from the popular RealVNC Viewer and iTeleport offering more support and reliability at a high price. On Windows Phone, TinyVNC is the current favourite, and it’s free. Keep in mind that VNC apps are intended for more advanced users — if you don’t know how to find your computer’s IP address, you may want to look for something else.

Unlike the remote desktop options above, this app emulates a computer’s mouse and keyboard only. You’ll need to be able to see your screen or monitor in order to use it, and it only works on local Wi-Fi networks.

That said, using a simpler app is sometimes preferable, especially for the mouse/touchpad functionality. Remote Mouse is a free download on both Android and iOS, as is the Windows, OS X, or Linux server programme you’ll need to run on your computer to operate it. Extra features like media controls and access to function keys require an in-app purchase upgrade. This is probably the best bet for anyone who just needs to use basic commands via their phone or tablet.

This app is similar to Remote Mouse, but includes more functions built-in, like wake on LAN support, voice commands, infrared and NFC tools for supported phones, and controls for various music services like iTunes, Spotify and VLC.

The app is free and works with the free server on Windows and OS X, but you’ll need to unlock the full version for all the advanced features. On Android, this is done with a separate app; on the iPhone and iPad, you can unlock the features with an in-app purchase; and on Windows Phone, you can either pay or use the Windows Store’s trial feature.