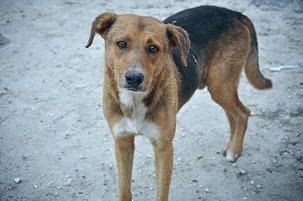 Dogs can experience premature graying on their fur as a result of too much stress, just like some humans do, a new study has found.


Researchers in Colorado collected a sample of 400 dark-colored dogs aged 1-4. Each was photographed and the grayness of their muzzle was rated on a scale of “no gray” to “full gray”.

Meanwhile, dog owners were asked to complete a questionnaire assessing their animal’s behaviour and health.

The result, published recently in the journal Applied Animal Behavior Science, was described as “quite striking”.


It showed that dogs with higher levels of anxiety and impulsiveness seemed to have a greater extent of gray hair, especially those described as being fearful of loud noises, and unfamiliar animals and humans.

For dogs under the age of 4, a gray muzzle could be a warning sign of anxiety or other fear-related conditions, researchers said.