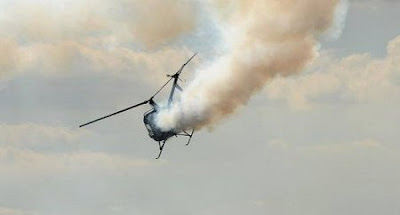 Helicopter fighting the Boko Haram insurgency has crashed on the border with Nigeria, killing six people including the commander of this central African nation’s troops, Cameroonian authorities said.


Midjiyawa Bakari, governor of the far north region of Cameroon, confirmed that General Jacob Kodji died on Sunday evening near the village of Bogo while on an inspection mission. Three other top officials and two crew members also died.

A multinational force has been fighting Boko Haram extremists who have expanded their deadly insurgency beyond Nigeria and into neighboring countries in the Lake Chad region.

Kodji was a top Cameroonian military official in the fight against the insurgents. He had been appointed 17 months ago by President Paul Biya.