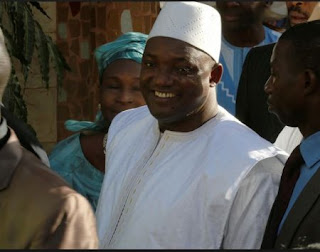 President Adama Barrow of Gambia has pledged to ensure the smooth transfer of power to his successor when his tenure as president elapses.

He said his government decided to allow Mr. Jammeh leave the country, in order to ensure his (Jammeh’s) safety.

“If you cannot guarantee his security, it will be impossible for us to keep him. That is why our stand is; let him leave to a foreign land. In the future he might come back if things settle down,” Mr. Barrow said.

Mr. Jammeh, who had led the country for more than 22 years, defied efforts by ECOWAS leaders to get him to step down from office having lost the presidential election. He disputed the elections a few days after he initially conceded defeat, citing widespread irregularities.