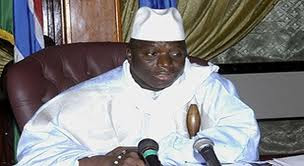 The move by outgoing Gambian President Yahya Jammeh to stop the inauguration of the President-elect Adama Barrow suffered a major setback on Monday as the country’s Supreme Court refused to hear the application.

Last Thursday, the country’s ruling Alliance for Patriotic Reorientation and Construction, APRC, filed an application for an interlocutory injunction seeking to stop the inauguration of Mr. Barrow as President on January 19.

In the application signed by its lawyer, Edward Gomez, the APRC is asking the court for an order of interlocutory injunction preventing the chief judge of the country from inaugurating or swearing in Mr. Barrow as the President of The Gambia until the determination of the election petition.

The party also is asking the court for an order “restraining, the President from preparing, arranging, organising, conducting, partaking or participating in any manner or form in the swearing-in and /or inauguration of Adama Barrow as President of the Republic of The Gambia on January 19, 2017.”

The APRC further prayed the court for an order restraining the country’s National Assembly, its members and any organ of government from partaking in the inauguration of Mr. Barrow.

Lastly, the party prayed the court for an order stopping Mr. Barrow from presenting himself to the country’s Chief Judge or judiciary to be sworn-in as president of The Gambia.

But on Monday, the country’s chief judge, Emmanuel Fagbenle, a Nigerian, declined to grant the prayers requested by the APRC, which would have effectively extended the tenure of the country’s President Yahya Jammeh.

Mr. Fagbenle therefore stated that he could not give an order against himself.

He said he would remove himself from the suit in the interest of fairness. He then adjourned the election petition until the court is fully constituted.