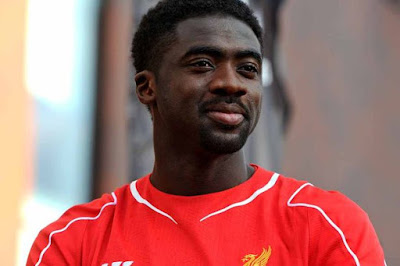 Steven Gerrard and Kolo Toure were reunited in Dubai on Tuesday, 18 months after the former England captain led the Liverpool squad in a dance dedicated to their team-mate.


Gerrard's long and distinguished Liverpool career came to a disappointing end in May 2015, the midfielder scoring a late consolation in a 6-1 Premier League thrashing at the hands of Stoke City.

But that defeat did not stop the Liverpool squad celebrating on an end-of-season trip to the United Arab Emirates, as evidenced by Gerrard leading his team-mates in a chant praising Toure brothers Kolo and Yaya.

The ensuing video went viral on social media, but Tuesday's reunion of Gerrard - now retired - and Kolo appeared a much more sedate affair.

"When you bumped into a good mate at breakfast #kolo #lfc #dubai," Gerrard posted on his Instagram page, along with an image of the pair together in a restaurant.

Toure is now on the books at Scottish champions Celtic, having left Anfield last summer when his contract expired.