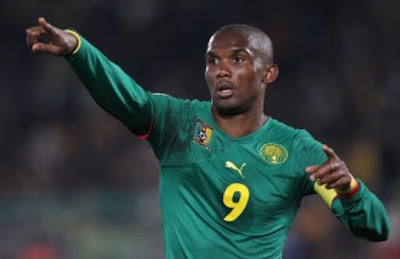 Hull City manager Mike Phelan admits Samuel Eto’o would be taking on an ‘unbelievable challenge’ were he to complete a shock move to the KC Stadium.


The former Barcelona and Chelsea striker has been linked with a return to English football with the Tigers since the January transfer window opened.

He is currently on the books of Turkish side Antalyaspor, but they are reportedly prepared to loan him out until the summer.

Eto’o is now 35 years of age, but the four-time African Player of the Year has lost none of his touch, netting 20 times last season and five in 13 appearances this term.

Hull could certainly do with some added firepower as they battle to preserve their Premier League status.

Phelan’s side are the joint-lowest scorers in the division, with 17 efforts to their name, and are currently three points from safety.

They are actively looking to bring in bodies during the winter window, but their manager insists he has heard nothing to suggest that Eto’o’s arrival in a relegation scrap is imminent.

He said after Monday’s 3-1 defeat at West Brom: “Can Samuel defend corners?”

“I haven’t heard anything, but it would be an unbelievable challenge if Samuel Eto’o wanted to come to Hull City.

“But that’s the least of my worries. We have to look to improve in certain situations. Every position at this moment is up for grabs.

“We’ve been trying to put things together and analyse other players to come in. And we’re still trying.

“So if we can get some over the line then that would be great because everybody needs that bit of help.”

Eto’o took in one season with Chelsea in 2013-14, in which he scored 12 goals, before taking in five months at Everton.