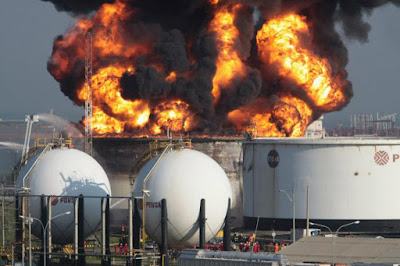 Tema Oil Refinery, Ghana’s only oil refinery, has been shut after an explosion at a newly installed €5.8-million crude oil heating unit, a senior union official told Reuters on Friday.


The blast at the crude distillation unit, which recorded no casualties, is the latest problem to hit the refinery, which has for decades performed below its capacity of 45,000 barrels per day.

“It was a damper failure. It failed to open to allow heat to escape through the chimney and that led to the explosion,” one source said.

“The new furnace is now scrap,” said a union leader who declined to be identified.

The plant will restart after reconfiguration through a second furnace but output will drop to 30,000 barrels per day, the union leader said.

The state-owned refinery has been dogged by under-investment, lack of maintenance and debt, which has caused it to perform below capacity.

The new government of President Nana Akufo-Addo said in its manifesto that it would expand the refinery.