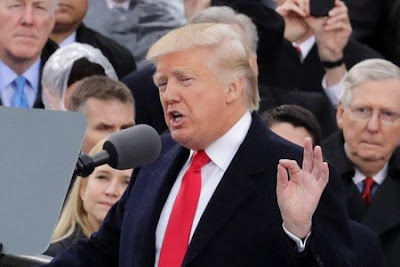 U.S. President Donald Trump is expected to sign executive orders today that includes a suspension of visas for citizens of Syria and six other Middle Eastern and African countries.


This was revealed by congressional aides and immigration experts, who asked not to be named, briefed on the matter. Trump gave a hint about this on twitter, saying a big day was planned on national security on Wednesday.

He is expected to block visas being issued to anyone from Syria, Iraq, Iran, Libya, Somalia, Sudan and Yemen.