Home / Current News / Offa Bank Robbery: Gang Leaders Accompanied Saraki to Sympathize with the Monarch - Police
Published by: Business Consulting 10:37 Current News
According to the Police, 48 hours after the Offa bank robbery that claimed the lives of over 30 persons, including nine policemen, four of the gang leaders accompanied the Senate President, Dr. Bukola Saraki to the palace of the Olofa of Offa, Oba Muftau Gbadamosi Esuwoye to sympathize with him.

They explained that the Senate President has a case to answer as to the reason why he purchased prohibited arms for the suspects. 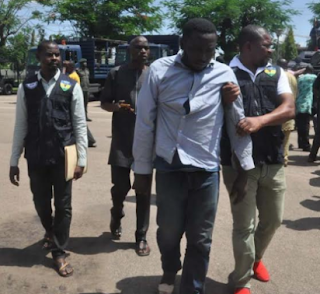 A source at the SARS office in Abuja stated that the Senate President was not invited because of his role in the robbery attack, but rather, he was invited to explain his reason for allegedly purchasing illegal and prohibited weapons that were used in killing innocent people.

The source also disclosed that during interrogations of the suspects, the police investigators discovered that one of the gang leaders was putting on the same Ankara clothing that was worn by specially invited guests on the day of Bukola Saraki’s daughter’s wedding in Kwara State.

“From these discoveries, there is a need for the Senate President to explain himself” the source added.