Sane, Martial, Nainggolan, Lokosa: Which Shocking Exclusion Might Be Missed The Most In Russia2018?

Home / Russia 2018 / Sports / Sane, Martial, Nainggolan, Lokosa: Which Shocking Exclusion Might Be Missed The Most In Russia2018?
Published by: Business Consulting 09:41 Russia 2018, Sports
Having ratified the 23-man list of players participating in Russia 2018 which kicks off on Jun 14th, the world is finally ready for the biggest football fiesta.

Though many are pained, it appears the most painful player exclusions could be felt in the national teams of Germany, France, Belgium, and Nigeria.

Of all the players dropped from their respective, football fans seem most vocal Leroy Sane, Anthony Martial, Radja Nainggolan and Junior Lokosa won't be gracing TV screens across the world. But whose exclusion amongst these four do you think fans would be tearing their hairs out about the most? 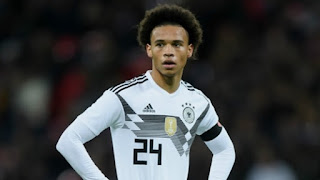 Football fans across the world expected the young German to book his spot in Die Mannschaft's list following the kind of successful and explosive 2017-18 season performance he had with Manchester City.

The shock of his dropping was palpable across the football world and fans have come to the conclusion Germany won't be winning the World Cup because of Sane's dropping. 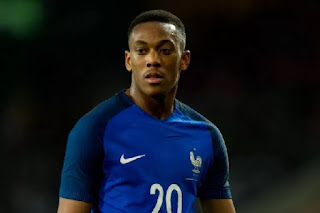 Though he didn't enjoy a particularly good second half to the 2017-18 season with Manchester United, nobody thought the French manager, Didier Deschamps, would drop Anthony Martial. Even more painful was the fact that the player preferred in Martial's place, Monaco's Thomas Lemar, endured a less sterling season, finishing the season with a measly 3 goals.

Would France rue dropping Martial from the squad to Russia? I guess we will have an answer by the end of the tournament. 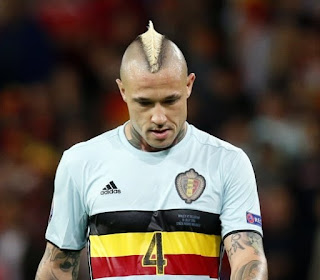 Radja, who had a far better season than most of the players in Belgium's midfield might be watching the World Cup at home but he's not the only one incensed by the dropping.

A lot of football fans think Belgium would get burned without the protective cover and bursts of energy Radja offers the Red Devils. 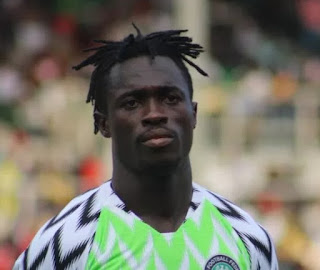 Though a dark horse and unknown player, Nigerian fans were particularly looking forward to Junior's inclusion in the Super Eagles team because of his incredible goal-scoring run in the local NPFL league.

18 goals in 21 games in the season where Nigerian strikers were struggling all over the world cannot be ignored.

Coach Gernot Rohr may have denied the world the opportunity of seeing another Salvatore Schillaci, the unknown Juve striker who set Italia 90 on fire with 6 goals, winning the top scorer's prize ahead of other accomplished players like Diego Maradona.

Junior was denied the chance of being Russia2018's Sunday Mba, the home-based midfielder who won Nigeria her last major tournament at AFCON2013.
There you have our 4-man shortlist of the players who might be missed the most at Russia 2018.

Do you agree with our shortlist or you know of any other surprise exclusions? Let us know in the comments section below.