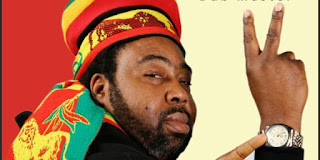 Rastafarians in Abakaliki, Ebonyi State, have made plans for a candlelight procession for the recently departed Nigerian Reggae icon, Ekeleke Onwubuya, also known as Ras Kimono.

Ras Kimono died at the age of 60 of an undisclosed ailment on Sunday, 10th of June 2018 at the Lagos Lagoon hospital.

The reggae artistes announced in Abakaliki on Monday that the procession was in honor of Ras Kimono for his great contributions towards the development of the brand of music in the country.

One of the reggae artistes – James Okoh, also known as Rasta Omege, said he would be in charge of the activities to make sure that Kimono is given a befitting tribute in the state.

“We will convene a meeting to deliberate on ways to honor our departed father, and further propagate the reggae gospel throughout the state and country.”

“We will also organize a candlelight procession, hold road-shows, music concerts, Rastafarian-night, and other activities in honor of Ras Kimono.”

Another Rastafarian that goes by the name Charles Nduka, also known as Rasta ire, stated that Kimono’s contributions towards the development of reggae music and the entire social sector of the country were second to none.

Nduka added that kimono inspired young musicians in the country to embrace reggae and this resulted to some positive changes witnessed in the country.

According to him, Kimono made sure that through his songs, music was given its pride of place in the country and corrected the wrong notion that it is a venture for school drop-outs and never do wells.

Bede Asomugha, also known as Ras Uncle stated that he had a personal experience with Ras kimono in 1997 after the death of late Fela Anikulapo Kuti.

“I was a drug addict living in Fela’s  African shrine with others affected by the demise of the late afro-beat star. It was Kimono that encouraged me to return to Ebonyi after I had shunned drugs one year earlier. I am an example of a Rastafarian not engaged in drug abuse.”

A reggae fan – Christy Mbaleke, urged the federal, state and music organizations to not only immortalize Ras Kimono but also enhance the welfare of artists in the country.

According to Christy, Kimono used his sings to fight apartheid in South Africa, the military dictatorship in Nigeria, poverty, oppression, and other malaise in the society.

She urged relevant stakeholders to look into the welfare of artists and the entertainment industry as a whole to check the rising cases of death amongst them.