The Economic and Financial Crimes Commission (EFCC) has secured an interim order to seize the $2.8million which its operatives recently intercepted at the Akanu Ibiam International Airport in Enugu.

The anti-graft agency has also retrieved documents on foreign transactions from the Enugu branch of Union Bank.

Neither the bank nor the Bankers Warehouse has approached the EFCC to lay formal claim to the cash.

Bankers Warehouse only allegedly wrote to an unnamed Deputy Governor of the Central Bank of Nigeria (CBN) on the cash.

It was gathered that the EFCC secured the interim forfeiture order from a Federal High Court in Enugu on Friday.

The commission filed the forfeiture application following the submission of an interim investigation report which indicated that there might be more to the movement of the cash.

The EFCC said: “A vacation judge granted the interim forfeiture order following an application by our counsel, Anasoh Onyedikachi. The forfeiture will subsist till the conclusion of investigation into the $2.8million.

“The court also ordered the publication of the forfeiture in a national newspaper in line with Section 17 of the EFCC Act.”

Detectives from EFCC have also gone ahead to retrieve foreign exchange transaction records from the Union Bank in connection with the $2.8million.

A top source said: “More clues are emerging daily making our detectives to be eager to get to the root of how the $2.8million was being transferred in transit. Both the bank and Bankers Warehouse have not made any claim to the EFCC admitting ownership of the cash.

“There was a story in the public domain that a complaint was made to an unnamed Deputy Governor of CBN when the governor is not on leave.

“When Union Bank officials refused to come to EFCC to make a formal claim, our operatives had to go to a branch of the bank in Enugu to ask for their foreign exchange transaction records.

“Our detectives are seeking answers to the following questions: Where was the cash sourced? Who owns the cash? What was it meant for? Who authorized the movement? Where was it moving to?

“We isolated these questions because we remember the case of $118m used for poll bribery in 2015 which was kept in a bank without records. Our detectives are of the opinion that there is more to the movement of the cash.”

When contacted, the Acting Head of Media and Publicity of EFCC, Mr. Tony Orilade said: “We are already in court , we have an secured interim forfeiture order and we are waiting for whoever or institution laying claim to the said money to come forward with proof.

“But as part of our ongoing discreet investigation, our operatives have secured the relevant foreign exchange transaction documents/ records from the bank where the $2.8million originated.” 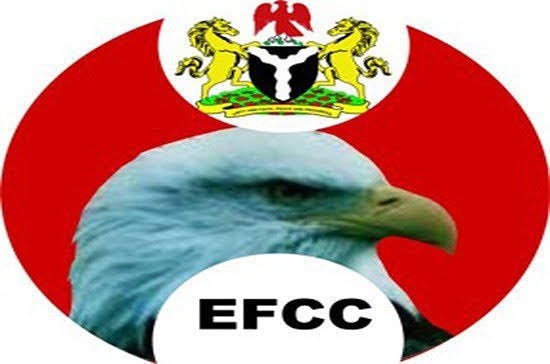