African Youths Are Critical In Fight Against Corruption - Buhari

President Muhammadu Buhari, Sunday in Abuja, said that the involvement of African youths was critical to winning anti-graft battle in the continent.

The President who was in January 2018 nominated as the African Union Anti-corruption champion, advised the youth to rise up to the occasion in order to check the rising trend of corruption in the continent.

According to him, winning the fight against corruption was very much in the hands of the youth.

He said, “The anti-corruption year of the African Union has been long and demanding. The year has also been filled with sharing of great lessons, promises and inspirations as well as some success stories on our journey to winning the fight against the evil of corruption.

“I am therefore very pleased that with your support, we have kept faith with the African people, particularly our Youth gathered here today.

“Throughout this year, we have focused the strategy for Africa’s structural transformation on strengthening our collective anti-corruption fight.

“As African leaders, we made history in adopting this theme in January 2018 in Addis Ababa and openly debated and evaluated our strategy in Nouakchott last July. And today in Nigeria’s capital with our Youth, we are rallying against this once-hidden taboo and hydra-headed challenge that freezes our aspirations and dents the hopes of our youth for a newly emergent Africa.

“During the mid-year summit of the African Union Assembly, African Heads of State and Government adopted the Nouakchott Declaration on the Anti-Corruption Year, to serve as a roadmap in the fight against corruption over the coming years.

“The Declaration reiterated that corruption is not only an African phenomenon but a global one, especially when we consider Illicit Financial Flows where Africa, regrettably is in fact a net creditor to the world.

“To the young people of Africa, this fight against corruption is yours to lead and to win in order to reverse the negative trends of corruption and it’s implications for Africa.

“The Youth of Africa must pool their energies to effectively ensure that our natural and mineral resources remain on the continent for value addition, job and wealth creation as well as to create affordable health-care and quality education for our people. Winning the fight against corruption is very much in your hands!

“Of particular interest to the youth, as reflected in the Nouakchott Declaration, is the emphasis on the imperative of investing in the demographic dividends through anti-corruption, education and sensitization campaigns, targeting young people as a means of bringing about behavioral change.”

The President also called for the introduction of anti-corruption curriculum and campaigns in schools.

He said, “I thereby encourage young Africans, to use this Declaration as motivation to achieve greater resource investment in developing anti-corruption curricula and anti-graft campaigns in schools, businesses and the general public space.

“African Youth must remain the front and centre of restoring traditional African values of probity, integrity, honesty, diligence and hard work. It is only when the youth drive this change, that corruption will be eliminated.”

He said as a buildup to the youth congress, he was briefed by the African Union Commission on the African Governance Architecture (AGA)-organized Regional Youth Consultations, dedicated to the Anti-Corruption theme of the year.

“I am pleased to learn that the youth regional consultative forums were informative and rewarding for the over 600 young people from across the continent who sharpened their strategies and skills to fight corruption,” he said.

He described the Congress as a grand rallying point to catalyze policy and practical action against the vice of corruption.

“We must listen to the perspectives of the African Youth and engage in frank and honest conversations. Communication, upwards and sideways can only be ignored at a price.

“I am most pleased to observe that this Abuja Congress will take adequate stock of policy and institutional mechanisms in the fight against corruption as well as the role of technology amongst others.

“I am confident that you will give due support to the continental strategies to: stem illicit financial flows out of Africa; expedite stolen assets recovery and return; strengthen the capacity of national anti-corruption institutions; explore the link between corruption and conflicts; strengthen oversight by citizens on budget performance,” President Buhari said.

He further said, “I believe that as we wind up the African Union Anti-Corruption Year, the young people across the continent remain the cornerstone of shaping the future of the fight against corruption. While our symbolic year may be ending, our campaign must not end, for our common future is even brighter.

“As Africa promotes regional integration and global prosperity, corruption remains a major stumbling block to the realization of the seven (7) aspirations of the African Union Agenda 2063 and the United Nations Sustainable Development Goals (SDGs).

“We must therefore fight it from all angles and avenues without ceasing. And only a united front led by the African Youth can change this present narrative to a great story of African transformation.”

Recall that when President Buhari took over the mantle of leadership in 2015, fight against corruption was one of the three main cardinal points of his administration.

Speaking at the occasion, the Acting Chairman of the Economic and Financial Crimes Commission, EFCC, Ibrahim Magu, said that the level of corruption in Nigeria and Africa as a whole was unacceptably high.

The EFCC said urgent action was needed to tackle the menace headlong.

He listed some of the measures taken by the Buhari’s administration to fight corruption to include whistle-blower policy, Treasury Single Account (TSA), Bank Verification Number (BVN).

The government, he said, has embarked on continuous audit to ensure public funds are spent judiciously.

To take anti-corruption battle to the next level, he said that the support of youth was critical.

Magu said Nigeria will never shed the mandate given to it by the people to fight corruption, adding that the administration will continue the battle until corruption is wiped out.

The Attorney General of the Federation, AGF and Minister of Justice Abubakar Malami said that youth being the future leaders of Africa must go all out against corruption.

“Without killing corruption, there will be no sustained development in the continent

“Corruption is an injustice to the state, youth, children, women, aged, Africa and Africans. It is a breach of the human rights of Africans which must be rejected vehemently. Transactional middlemen such as -lawyers, bankers, government officials must be tackled.”

Magu said that corruption is injustice against Africans and must be resisted vehemently.

“The time to kill corruption is now,” he added 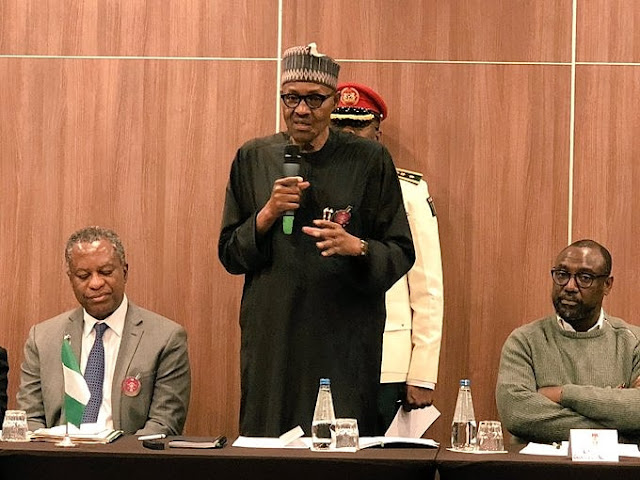