Vice President Yemi Osinbajo has said the President Muhammadu Buhari will not steal the country’s money and will not allow others to steal it.

He said the difference between him and other presidential candidates is that others are seeking office in 2019 to steal money.

Osinbajo spoke at the inauguration of the All Progressives Congress (APC) Door-To-Door-Campaign flag off of the Professor Yemi Osinbajo (PYO) Support Group.

Addressing the crowd of party supporters, Osinbajo said there are leaders who want to steal and those who want to use the country’s money for the common good.

He explained that Buhari belongs to those who want to use the country’s money for the common good.

He said: “We should not allow those who have stolen our money in the past to come back. They stole all the money and they want to come. People are saying, enough is enough.

“In four years, PDP spent 383 US dollars. And they want to come back. Sixteen years is enough.

“After 16 years of ensuring that the country did not make progress, they want to come back. They will never come back.”

Osinbajo noted that Nigeria’s greatest problem is corruption and the inability of planning because without money you cannot executive any plan; hence the need to stop those who have stolen in the past from returning.

The APC Vice Presidential candidate said the door-to-door is more effective in reaching out to the people, saying it goes a long way in speaking directly to the people about the plans of the government for the people.

He explained that the door-to-door campaign is much impacting because the electorate would be met at their homes and the message delivered to them.

He explained that each canvasser is expected to meet with 50 people.

The Vice President later visited some parts of Ogba and Ikeja, where he was received by cheering residents of the communities. 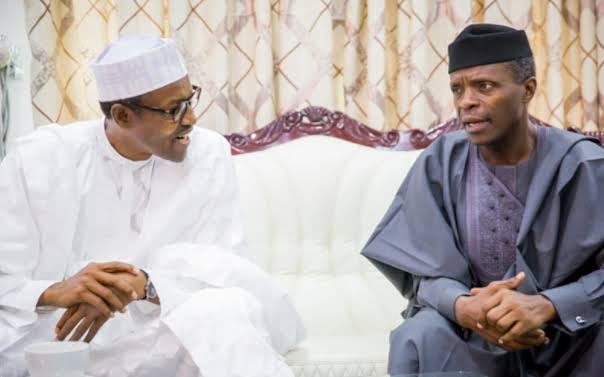