The federal government has reacted to Senate President Bukola Saraki’s description of the 2019 budget as ‘hopeless’, saying the executive will not exchange words with the legislature.

This position was stated by Minister of Information and Culture, Lai Mohammed, while speaking with State House correspondents Friday afternoon.

He also said the executive has fulfilled its responsibility by submitting the budget.

Mr Mohammed was reacting to a comment by Mr Saraki who recently described the budget proposal as ‘hopeless’.

“There must be an alternative and that is what we hope that by this evening speaking to our candidate and vice presidential candidate, not based on sentiments. We are not voting on sentiments, we are voting on what is the need for you. How is your life going to be better? Which party offers you a better future because we see you as those who are patriotic and committed. It’s not about what you’ll get today. It’s about the great country a lot of you expect to see,” Vanguard quoted Mr Saraki as saying.

The newspaper said Mr Saraki made the comment in his capacity as the director of Atiku Abubakar campaign organisation.

Mr Saraki recently defected from the ruling All Progressives Congress to the main opposition Peoples Democratic Party. His bid to clinch the party’s presidential ticket was unsuccessful.

In his Friday reaction, Mr Mohammed the budget was presented “given some circumstances”.

“It is not the practice of the executive to be exchanging words with the legislative arm of government, they are independent, we are independent,” he said. “To the best of our knowledge, we presented a budget given the circumstances of our resources this year, we feel that is the best we can. It is left for the National Assembly to consider it,” Mr Mohammed added.

The minister said the Buhari government “has met all promises and obligations to Nigerians”.

“I wish everybody Merry Christmas and as a government, we are happy that we have been able to meet all our promises, all our obligations to Nigerians,” he said. “And as the year rolls out, we are more determined to even to deliver more to Nigerians.” 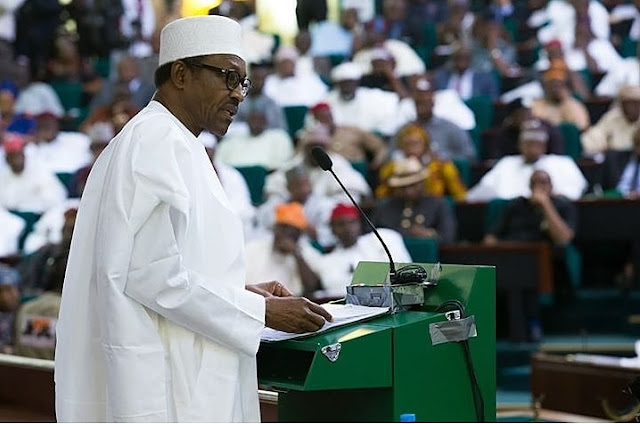