The senior special assistant to the president on media and publicity, Malam Garba Shehu, who gave the advice in an interaction with State House correspondents, said the ruling All Progressives Congress (APC) would gladly accept the challenge if the PDP failed to adhere to the advice.

While reacting to various comments by several organs of the opposition party on remarks made by the president on views publicly expressed by his wife, Aisha Muhammadu Buhari in an interview, the presidential spokesman said questions raised of the president by the PDP in regard to his wife only amounted to an own goal.

“If the opposition Peoples Democratic Party wants to make family the issue in the coming elections, the APC would gladly accept the challenge. Let this be the subject for 2019 election,’’ he said.

He added that the PDP leadership could not afford to make family an issue in this campaign.

“The only thing I want to add is that PDP is engaging in mud-slinging because it finds it easier than speaking on their despicable 16-year record in the course of which they abused the trust of Nigerians.

“They made a mess of everything including the economy, security and infrastructure. It has come to the destiny of President Muhammadu Buhari to correct their mistakes. The PDP doesn’t see anything beyond grabbing power, power at all costs. As an opposition party, they have failed,’’ he added.

The presidential aide further stated that the PDP had remained disconnected with the masses in the country.

According to him, it is an irony that a party that boasted as being the largest in Africa is now begging small parties for alliances, saying that even if they get all those `paper parties’ behind them, they will still fail.

Shehu opined that a presidential contest was more than the issuance of daily press releases containing falsehoods.

“They have launched a campaign for the presidency, a campaign that has failed to get any traction. PDP members are themselves admitting that the campaign hadn’t made a good start, that attendance at rallies had unarguably been thin. The whole thing is not working; that President Buhari is unstoppable,’’ he said.

According to him, the PDP does not have the strength and support to fight President Buhari. He added that they don’t have the records in security, economy and the war against corruption to mount any meaningful challenge.

"In the 16 years they held sway, they have nothing to show for the colossal oil revenues earned, including 16 billion dollars doled upfront from the Central Bank for power, without a single megawatt to show for all that money. That is why they are dragging the President’s wife into their politics," Shehu stated.

Aisha, who spoke at a leadership conference tagged; 'Project 4 + 4’ in Abuja, challenged Nigerians to fight the “two or three people who have dominated this government.”

But, President Buhari challenged all those making allegations about a cabal pulling the strings in his government to unveil the cabal and prove their allegation. Buhari threw the challenge in a yet-to-be aired interview with the Hausa Service of the Voice of America.

In a short teaser of the interview released on social media on Monday, December 24, Buhari was asked to clear the several allegations by his wife, Aisha and others that he was not in control of the government.

“That’s her business,” the president retorted, in the report. He added that, “I am a true democrat by allowing everybody to have an opinion.’’

However, the People Democratic Party advised the president not run away from the allegation levelled against him by his wife. 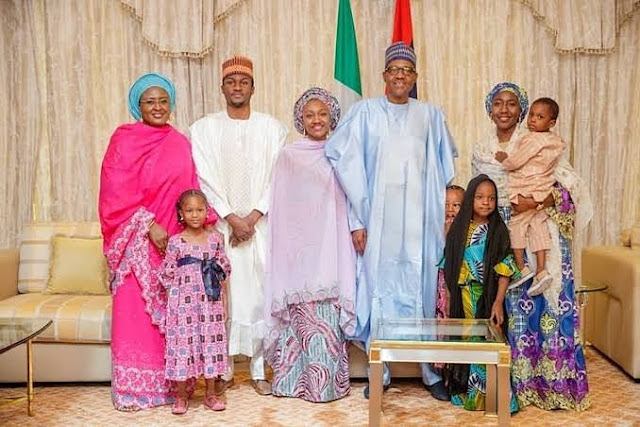