The All Progressives Congress (APC) says the Peoples Democratic Party (PDP) is after power to escape justice from crimes it allegedly committed against Nigerians.

Phrank Shaibu, special assistant to the PDP presidential candidate on media, had called for a probe into an alleged link between President Muhammadu Buhari and Etisalat Nigeria.

Reacting in a statement on Thursday, Lanre Issa-Onilu, APC spokesman, said Atiku Abubakar, PDP presidential candidate, should tell Nigerians why he wants to be president instead “of raising puerile allegations on a daily basis”.

Issa-Onilu said Nigerians are desirous of a campaign that focuses on issues that matter to them.

“The PDP presidential candidate, Alhaji Atiku Abubakar is exhibiting early signs of depression, resulting from obvious frustration. Consequently, he is unable to focus on his campaign,” he said.

“Otherwise, Atiku should tell Nigerians why a discredited person like him should be elected as president instead of raising puerile allegations on a daily basis.

“President Muhammadu Buhari and the APC, not his programmes for the country appear to be his main campaign issues.

“For Atiku and his PDP co-travellers, the only interest is to grab power and continue where they stopped in their avarice. The APC administration is eager to showcase the impressive achievements we have recorded in the last three and half years.

“This is the campaign that matters to us and this is what Nigerians are interested in. The trajectory is exciting as we see a brighter future shaping up. We won’t yield to the PDP’s shenanigans. The obvious strategy of the PDP is to truncate the country’s journey towards economic buoyancy and social stability.

“We will not play the PDP’s game. PDP is acting an anti-people’s script. President Buhari remains unshaken by the desperate efforts being made by Atiku and the PDP to blackmail the APC government. Everyone who was involved in corrupt practices would be brought to justice.

“PDP is not offering any alternative to the progressive course this government is pursuing. It is actually apparent that the party is not contesting the 2019 elections to redeem itself, least of doing any good for the country, but simply to seize power to escape justice for the grievous crimes committed against the people of this country.” 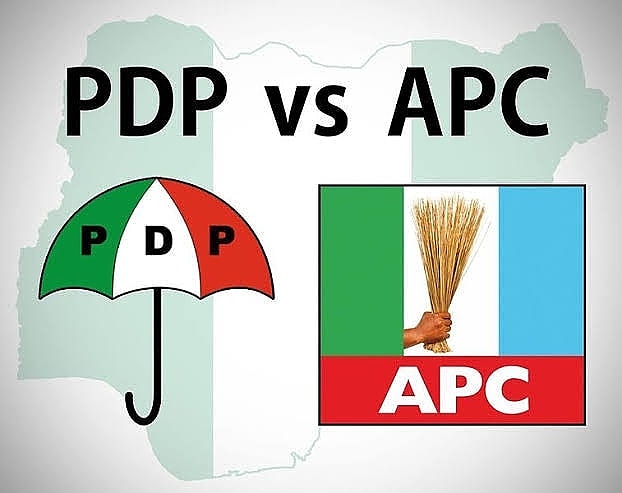