The Presidency has reacted to the rowdy session caused by lawmakers during President Muhammadu Buhari’s presentation of 2019 budget at the National Assembly.

Buhari on Wednesday, while highlighting successes of his administration, was booed and hailed by lawmakers.

Their actions has since stirred reactions online.

The Senior Special Assistant to the President on National Assembly Matters (Senate), Senator Ita Enang, addressing journalists after the rowdy session said such actions by lawmakers was unsurprising.

Enang said lawmakers and Senators who lost tickets to contest in 2019 elections are responsible for attack at President Buhari.

According to him, such is expected ahead of 2019 election.

“We are going for elections, and any year you have elections, sometimes you see a president saying ‘I am sending the budget, I don’t want to go and face the heat of the people who lost nominations.’

“But he didn’t do that. He said ‘I am the President of the Federal Republic. I will go and address them, and perform my constitutional duty.’”

Recall that lawmakers booed the President as he highlighted some of the successes so far recorded by his administration.

The actions of the lawmaker made the President to remind the aggrieved lawmakers that, “The world is watching us and we are supposed to be above this.”

While some sang solidarity songs, other shouted ‘lies’ after every of Mr Buhari’s claims. 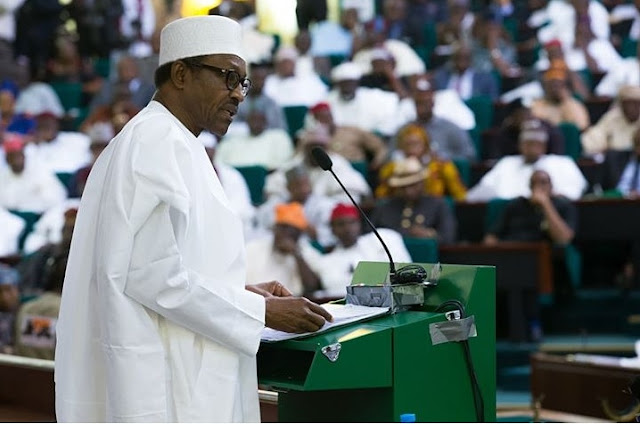