Heavyweight boxer , Anthony Joshua has been awarded an Officer of the Most Excellent Order of the British Empire for his services to sport by Prince Charles.

According to Sportbible , the award ceremony held at Buckingham Palace, on Thursday.

Prior to this , he was previously awarded a Member of the Most Excellent Order of the British Empire back in 2013 , for his success at the London 2012 Olympics where he won gold in the heavyweight boxing.

An OBE is a Queen ’ s honour given to an individual for a major local role in any activity such as business , charity or the public sector. 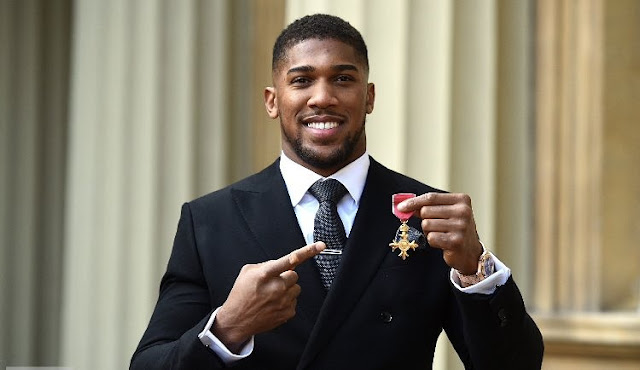