What did you do with our money? Osinbajo asks past governments

Vice President Yemi Osinbajo has taken a swipe at previous governments particularly the administration of the Peoples Democratic Party, PDP, with a charge on Nigerians to ask them what they did with monies earned?

The Vice President also disclosed that in building infrastructures for the development of the country, the administration of President Muhammad Buhari has spent N2.7 trillion on building infrastructure since its assumption in office. Prof. Osinbajo made the disclosure at the palace of the Ovie of Ughelli, HRM Oharisi III during a courtesy visit on the monarch in company of other Urhobo monarchs after he launched the Trader Moni Scheme at the Ughelli Main Market.

In his address to the monarchs, Osinbajo who was accompanied by Minister of State for Petroleum, Dr. Ibe Kachukwu, Dr. Emmanuel Uduaghan and others, said 30, 000 petty traders would benefit from the scheme with N10,000 each in January, 2019.

Speaking further, he said: “This is not a government that believe that the money of the people should be stolen because our determination is to build this country.

“We are earning today 60 percent less than what the country earned in the past 10years, yet we are spending more in building infrastructure than any government in the country today.

“The question we ought to ask previous government is, what did they do with the monies if today we are still building the Itakpe-Warri railway line which was established 35years ago as well as the Kaduna Hydro project which also was established 40years ago?” 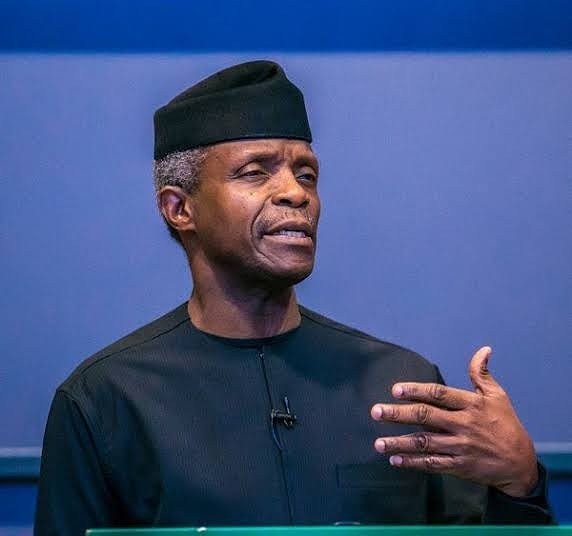