Ghana: Cultism is a problem in schools – education board 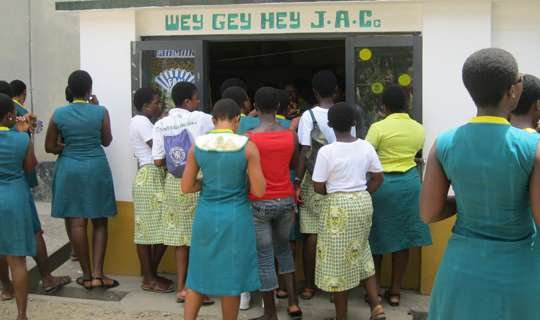 The Ghana Education Service (GES) has revealed occultism has become a problem in senior high schools across the country, blaming poor parenting for the situation.


Public Relations Officer of GES, Rev Jonathan Bettey, says although headmasters and headmistresses of senior high schools have been asked to be vigilant, the schools can do so much to curb the situation.

“Discipline begins at home. If a mother is not able to control her children, what can teachers do?", he quizzed.

He suggested that because in most cases teachers or school authorities have not been found to be deliberately involved in taking students through occult teachings, the rising spate of occultism in schools can only blamed poor parenting.

Rev Jonathan Bettey was speaking on PM Express Tuesday in reaction to reports that scores of students at Wesley Girls Senior High School – located in the Central Region – have been reprimanded for engaging in occult practices.

“In actual fact occultism in schools is a problem. These things are happening in our senior high schools,” he said, but revealed that media reports about the incident at the renowned Central Region girls’ school are not accurate.

He said the Wesley Girls High School headmistress’ version of the incident was that a certain man distributed a book suspected to espouse occultist teachings to students, but a student saw the book and reported to school authorities.

After a thorough search, school authorities saw the book, titled the ‘Ministry of Angels and How to Activate Them’, in the bags of some of the students.
Media reports had suggested that the students were being reprimanded for actually engaging in occultism.

Rev Bettey however said the GES is still looking into the matter.
A man with deep insighs into occultism, Mr Peter Hammond, who spoke to show host, Malik Abass Daabu, via telephone explained that students who usually engage in occultism in order to boost their retentive memory.

Mr Hammond however said there is always repercussions after students dabble in occultism.