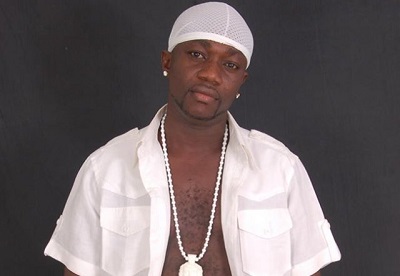 Sitting in a wheelchair at the Neuro Surgical Ward of the 37 Military Hospital is once vibrant hiplife artiste, Omanhene Pozo.


He looks frail and can barely speak. Uttering a few words is a luxury because the former member of hiplife group, Nananom, has, for now, lost his ability to move on his own.

Tucked behind the reception of the ward, Omanhene Pozo, wearing a white singlet, shorts and ash socks, is very ill.

The ‘Kyenkyen Bi Adi Meawu’ hit singer can’t move his legs and arms, family sources explained to Myjoyonline.com during a visit Tuesday morning. Family sources, who didn’t want to go on record, told Myjoyonline.com that the rapper is currently waiting for the outcome of series of tests by doctors to ascertain whether he is fit to undergo surgery to remove a brain tumour.

This website gathers that Omanhene Pozo had been in and out of hospital between November 2015 and February 2016. Doctors admitted him after his condition deteriorated.

Currently, the family of the rapper, struggling to pay for his medical bills, are simply praying that he will be fit enough for the surgery. Already, his wife, Myjoyonline.com gathers, has sold Omanhene Pozo’s car and even clothes, to support his medical bills. Tracy Toulan forces a smile in the face of her adversity.

Myjoyonline.com tried to speak to the rapper but he couldn’t say much. He simply nodded to some of the questions and thanked this reporter and a colleague, Nanayaw Darko from Hitz FM for coming to visit.

It’s unclear when the tests will be done. The family explained that, they are only counting on God and the benevolence of society to pull the rapper through. Last week, the Ghana Music Rights Organisation (GHAMRO) visited and presented him with an undisclosed amount of money to support him.

GHAMRO administrator, Agya Abraham and First Vice Chairman of the association, Ahmed Banda aka Bandex last week presented the money to Sidney, who was also a member of Nananom.

Omanhene Pozo was originally part of Nananom, one of the very first hiplife groups in Ghana. They were vibrant in the late 1990s. After leaving the group, he pursued a solo career working with highlife greats like Awurama Badu, Alhaji K. Frimpong and C. K. Mann.