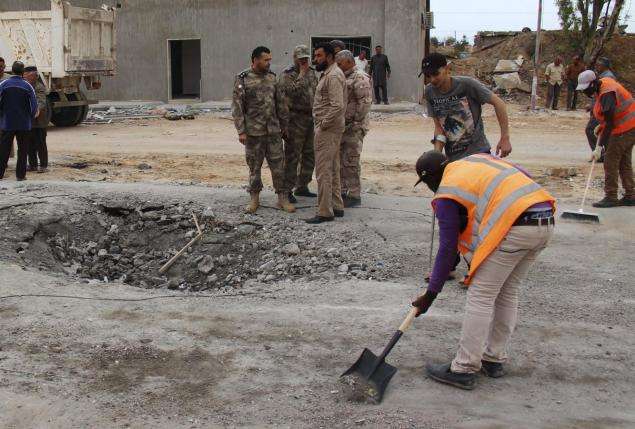 A suicide bomber killed a member of the security forces and wounded four at a checkpoint south of the western Libyan city of Misrata on Wednesday, a hospital spokesman said.


Aziz Issa, head of the media office at Misrata's central hospital, said the car bomb had detonated near the Essdada checkpoint, about 80km (50 miles) south of the city.

Islamic State militants have staged several attacks on checkpoints on the coastal road south of Misrata, which leads towards the group's Libyan stronghold of Sirte.

A security source said militants also attacked a military camp early on Wednesday between the coastal road and the town of Bani Walid, south-east of Misrata, and seized weapons and ammunition.