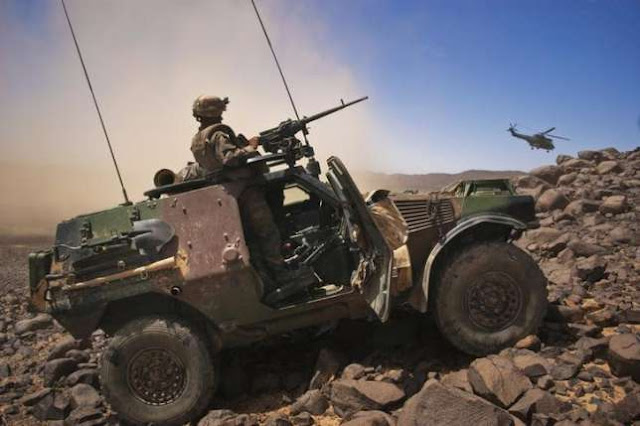 Two French soldiers have died in Mali after their heavy armoured vehicle hit a land mine, taking the number of people killed in the incident to three, French President Francois Hollande's office said on Wednesday.


One soldier was announced dead on Tuesday after the vehicle struck an explosive device during a patrol in the restive north of the country.

The latest deaths take the French army casualty toll to 17 since Paris intervened in its former colony in January 2013 to oust Islamist militants.

It underlines persistent insecurity in the region a month after al Qaeda's African arm claimed responsibility for an attack on a luxury beach hotel in Ivory Coast in retaliation for French military operations in West Africa.