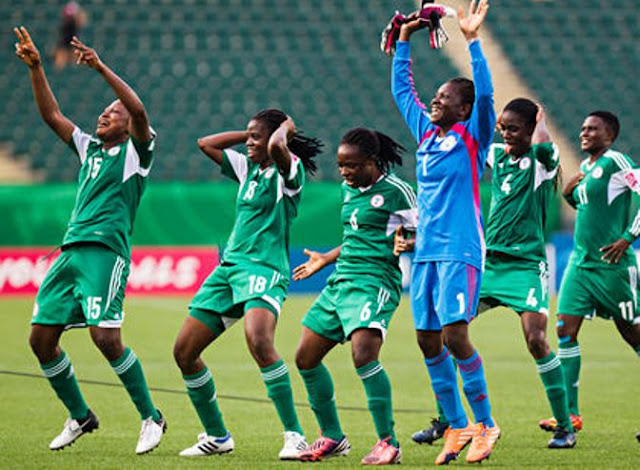 Nigeria’s Super Falcons Tuesday qualified for this year’s African Women’s Championship after they beat Senegal 2-0 in Abuja to go through 3-1 on aggregate.


The first leg of this African Women’s Championship in Senegal finished in a 1-1 draw.

The Falcons are the defending champions and they will be seeking a 10th continental crown at the final in Cameroon from November 19.

Rita Chikwelu put Nigeria ahead after 36 minutes after a good combination play with Francisca Ordega.

This was six minutes after Nigeria failed to tuck away a penalty.

Ebere Orji was fouled inside the box, but Arsenal Ladies star Asisat Oshoala failed to put away the resulting penalty on the half hour mark when her well-taken kick crashed against the post and the rebound was blasted off target.

The home team doubled their lead a minute after the interval, when Osarenoma Igbonovia fired home with an assist by Oshoala, who thereafter missed several begging chances .

In the 50th minute, the Senegal coach was sent to the stands for dissent.

In summary, Senegal sat back in their defence, inviting the Super Falcons to attack them ceaselessly.