Nigeria: I’ve nothing to do with Panama Papers – TB Joshua claims 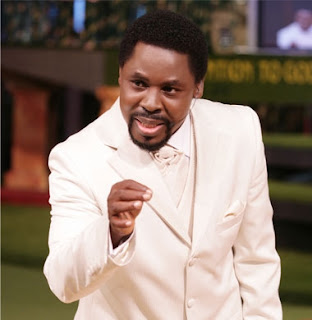 Popular Nigerian prophet, TB Joshua, says he does not own any shell company as has been reported in a section of the media in Nigeria.


The report suggested that he and his wife have been cited in the leaked data of a Panamanian law firm, Mossack Fonseca.

Nigerian Newspaper, Premium Times reported that files they obtained from the leaked data suggest that TB Joshua and his wife, Evelyn, own Chillon Consultancy Limited, a company incorporated on June 20, 2006 at the British Virgin Island (BVI).

The paper said both owners own one ordinary share each, although the company, with registration number 1033675, is authorized to issue a maximum “50,000 no par value Shares of a single class.”

Premium Times also questioned the business transacted with the company by the renowned prophet since it has no physical presence in Tortola, the largest and most inhabited island at the British Virgin Island.

But a statement released on TB Joshua’s Facebook page described the report as a “malicious write-up and propaganda” against him.

While expressing shock about the report, TB Joshua said “I am not a businessman and have no business whatsoever. What God has given me is more than enough. I have nothing to do with the Panama Papers. As for me and my family, we shall remain in the vineyard of God.”

The Panama papers, which is said to be the biggest and latest leak, larger than the US diplomatic cables released by Wiki leaks in 2010, represents the latest disclosure of confidential documents regarding offshore companies of politicians, their relatives and associates — more than 100 in all.

Below is the full statement:

This is an official statement from Prophet T.B. Joshua:

“I was shocked to find a report written in Premium Times http://www.premiumtimesng.com/…/201600-panamapapers-reveal-…) claiming that the Panama Papers revealed a shell company called Chillon Consultancy Limited in the British Virgin Islands, allegedly owned by me. Whoever is involved in this malicious write-up and propaganda with an obvious intent to defame my person and the ministry, remember what the Bible says in Luke 2:34 – “This child is destined to cause the falling and rising of many… and to be a sign that will be spoken against.”

“I am not a businessman and have no business whatsoever. What God has given me is more than enough. I have nothing to do with the Panama Papers. As for me and my family, we shall remain in the vineyard of God.

“Premium Times – do not allow your company to be used. Do not allow your company to stand against God. This is a lie! Take note – this news was written by the same journalist who alleged that I bribed him during the building incident and went to different channels – both local and international – to propagate these fabrications. Since the building incident, there have been a series of threats towards the ministry and my person by this same journalist, Nicholas Ibekwe, who represents a gang of people.

“After everything that has been done in an attempt to destroy this ministry, this is what he has resorted to. Even the picture used in the write-up is taken from the Mexico Crusade I recently held. It was a crusade I went for, nothing more.

“Do not use the Panama Papers to attack those you have been looking for an opportunity to victimise. This is to show that not everybody alleged in the media to be involved in the Panama Papers is truly involved. My own case is a good example.

“Beware of those using the Panama Papers for fraudulent purposes! This is a very big mistake the fraudsters have made. Those who read this report – take time to do your findings. It is malicious.”

“Note – people are misusing the data in the Panama Papers for fraud to attack innocent people.”