The Federal Government has reacted to the claim by former President Olusegun Obasanjo that he will support his former deputy, Atiku Abubakar, in the 2019 presidential election.

The Federal Government said the former President “has every right to support anyone he likes,” adding that such a right “is constitutional.”

However, it said the support would not save Atiku and his party, the Peoples Democratic Party, from defeat.

It said Atiku, who is the candidate of Obasanjo, would be “roundly and comprehensively” defeated by President Muhammadu Buhari.

Minister of Information and Culture, Alhaji Lai Mohammed, stated these at a media briefing in Abuja on Monday.

He said that President Muhammadu Buhari had done well since he assumed office in 2015, regretting that Obasanjo might have been reading what he called “wrong reports about the activities of the Buhari government” (that made him to take the decision to support Atiku.)

Mohammed said,“ If Obasanjo said we are not doing well, it is probably he is not reading the right reports. Everyone has the right to decide who to support. Three and a half years is too short for any government to do everything for everybody.

“I’m always sceptical to respond to former heads of state, especially somebody like former President Obasanjo. On corruption, this government has done a lot to combat it.

“We have put in place many ways to stop corruption. We were not the one that initiated the Treasury Single Account, but we have the political will to implement it.”

He said the Federal Government had recovered billions of naira from allegedly corrupt individuals and also seized about 295 vehicles and 407 mansions.

The Federal Government, he said, had also saved about N17bn from travels and gifts that could have been given out to people by government officials.

Mohammed said the former President should know ‘the number of megawatts of electricity he left while leaving office compared to more than 7,000 (megawatts) that “we have now.”

He also accused the opposition of manufacturing fake news to discredit the Buhari Presidency. For example, he said three items of fake news had been ascribed to him of recent.

According to him, one of such was that he said Nigeria would attack Israel with missiles if the country would not deport the wanted leader of the Indigenous Peoples of Biafra, Mr Nnamdi Kanu.

He said it was also alleged that Buhari could no longer speak Fulfude as a result of the surgery the President had while on a sick bed in the United Kingdom.

The minister said, “We have it on record that the opposition is already jittery of Buhari’s imminent victory and has consequently resorted to using fake news to blackmail the President and our party in order to give excuse for the looming defeat.

“One of the items of the fake news being propagated by the opposition, which is now very confused, is that Buhari cannot speak Fulfulde, his mother tongue and cannot open the main door to his conference room in the Presidential Villa, having undergone cloning, despite having openly been made clear that there was nothing like that.

“This is clearly the fake news and the handiwork of the opposition in serious distress and confusion.”

The minister also said that it would be wrong to blame the President for refusing to sign the amended Electoral Bill.

He, therefore, appealed to Nigerians to accept the reasons given by the President for not assenting to the bill, adding that the President took the action in the interest of the nation.’

He said the President would wait for the action to be taken by the National Assembly on the rejected bill, but said that the reason why President did not sign was not because of fear that he could be defeated.

The minister said, “The Presidency would await the decision on the bill before commenting further.

“We believe Mr President has the prerogative to do what he has done by rejecting assent to the electoral bill. Each arm of government must guard jealously its independence.

“Let us wait for the National Assembly’s next line of action on the electoral bill, but it is not correct to say the President refused to sign for fear of being defeated as being alleged by the opposition.”

On whether Nigerians should look ahead to see the President engaging Atiku in a presidential debate, the minister said that only the President could decide whether he would take part in a debate or not.

Nevertheless, he said there was no law that compelled the President to take part in debates, saying his ministers had already been doing that for him and his government.

“He (President Buhari ) has a cabinet, and every member of the cabinet goes out to tell Nigerians what has been done under this government. That is debate. I do that often and that is what I’m doing now,” he added.

The minister also defended the disbursement of billions of naira by the Federal Government to Nigerian traders under the Trademoni scheme, which the main opposition party, the PDP, had described as “advance vote-buying.”

The minister insisted that the money being given to the traders was part of a larger policy of the administration under the Social Investment Programme, which is given to all Nigerians irrespective of political leanings.

He said, “It didn’t start today. We have N-Power, under which we have employed more than one million people; we feed about nine million pupils and we also have cash transfers to about 297, 000 poor families .

“What we are doing is not vote-buying but poverty alleviation. It wasn’t meant to buy votes. The PDP is already jittery and preparing grounds and reasons for its defeat.” 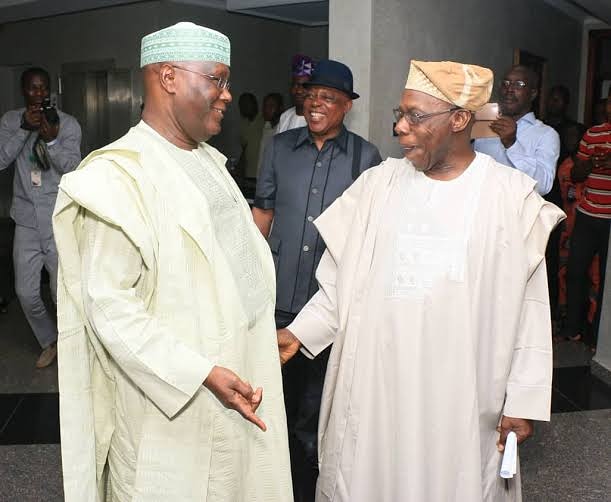